Treatment of ADHD in Baton Rouge

Attention-deficit/hyperactivity disorder (ADHD) is a common mental disorder that affects both children and adults. This neurobiological condition is one of the most studied disorders in childhood. Attention-deficit/hyperactivity disorder influences one’s ability to focus, increases impulsivity, and causes hyperactivity in many. ADHD is typically identified in school-aged children when there are behavioral and classwork issues. While shorter attention spans and higher activity levels are typical for children, the line of demarcation for ADHD occurs when these actions create stress and other issues at home, school, or in relationships.

Many variables can cause ADHD. Data has shown that the following factors can influence the occurrence of ADHD. 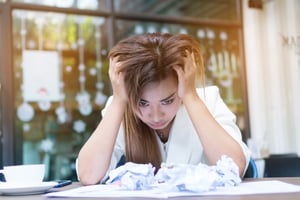 According to the CDC, 9.4% of children, and 4.4% of adults have ADHD in the United States. This condition is more prevalent among boys than girls. 85% of children with ADHD are at risk for maintaining the disorder into adulthood. Adult ADHD is believed to be underdiagnosed. The rate of diagnoses among adults is growing four times than in children.

There are three types of ADHD:

There are a variety of signs used to identify the different types of ADHD.

How is ADHD Diagnosed?

In order to diagnose ADHD, a person has to have a certain number of the symptoms listed above. This diagnosis involves the collection of information and insight from various parties like parents and teachers. For a hyperactive/impulsive presentation diagnosis, you must have at least six of the listed symptoms that occur frequently. The same number is needed for a predominantly inattentive presentation diagnosis. For both types, if you are over the age of 17, only five symptoms need to be frequently recognized.

How is ADHD Treated?

Because no two people with ADHD are exactly alike, there are a variety of treatments to help restore the ability to concentrate and improve performance. Working with your doctor will help to determine the best treatment plan for you or your child. Medication is typically prescribed. There are two categories of medication that can mitigate the effects of ADHD: stimulants and non-stimulants.

Non-stimulants offer a different treatment option to help with impulse control and concentration. These can be a better alternative for some people but are often used in conjunction with stimulants. Commonly prescribed non-stimulants include: Intuniv, Strattera, and Kaplay.