7 Most Common Phobias & How They Affect Patients 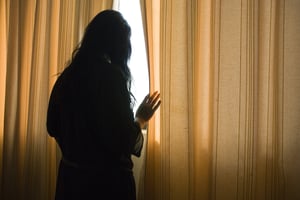 Everyone has something they fear.  For most, their fears are mild and do not affect their quality of life.  However, for patients with diagnosable phobias, the level of fear and discomfort when confronted with specific objects or situations is exceptional and can significantly impact their day-to-day experiences.  This impact can be so severe that it produces physical symptoms such as nausea, dizziness, and even a panic attack.

While there are many different types of observed phobias, there are some that affect the population at much higher rates than others.  The following are just a few of the most commonly diagnosed phobias and how they manifest in patients:

It is perfectly normal to experience some level of hesitation or nervousness when confronted with a new or intimidating situation.  However, such instances should not produce symptoms of panic such as increased heart rate, rapid breathing, trembling, and nausea.  If these types of symptoms occur as the result of a particular object or situation, you are likely suffering from a phobia.  Fortunately, most of these conditions can be improved dramatically with care from a mental health professional.  If you are in the Baton Rouge area and struggling with a phobia, contact Psychiatry Associates of Baton Rouge to request an appointment with one of our skilled psychiatric physicians.