Beyond Major Depressive Disorder: 5 Other Types of Depression 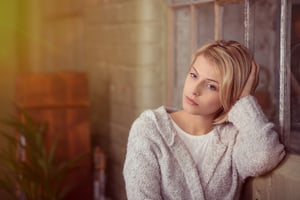 Everyone is familiar with the concept of depression, and many have experienced it firsthand.  Estimates state that as many as 15 percent of adults will suffer from depression at some point in their lives.  Still, despite its prevalence, there is a lot about depression that many do not understand.  When, how, and why depression strikes can look vastly different from one patient to the next, largely based on the specific type they are battling.  Unbeknownst to a large portion of Americans, there are actually several forms of depression outside of the well-known Major Depressive Disorder (MDD), including the following five.

Depressive phases lasting weeks or months are a classic sign of bipolar disorder.  However, the key difference for patients suffering from this illness and MDD is the presence of manic phases as well. During a manic phase, which can also last for weeks or months, patients may have high levels of energy, require little sleep, and impulsive decision making.

For sufferers of seasonal affective disorder, symptoms of depression coincide with the seasons.  Most often, this occurs during fall and winter, when the days become shorter.  One potential factor behind SAD is that those affected may be particularly susceptible to the changes these months bring about on the body’s circadian rhythms.

Depression that occurs during or in the year following pregnancy is known as perinatal or postpartum depression.  As many as 20 percent of women who give birth are believed to experience this form of depression to some degree.  While the exact factors are not fully known and may change from one patient to the next, it is largely believed that hormonal changes, neurochemistry, and a patient’s own life experiences all play a role.

Women who suffer from PMDD may begin to experience symptoms of depression following ovulation and up until the start of menstruation.  Again, this is a form of depression which is believed to be connected to fluctuating hormones.  It may also be influenced by serotonin, a chemical in the brain whose levels can fluctuate throughout the course of menstruation.

Depression is never a cut and dry mental illness.  It comes in many forms and is influenced by a wide range of variables.  One patient’s experience with depression can be vastly different from the next.  In order to fully understand their own situation, patients should seek the medical help of a psychiatrist who can give a specific diagnosis and prescribe medication which can play a vital role in successful treatment.

If you feel that you are experiencing the signs and symptoms of any form of depression, contact Psychiatry Associates of Baton Rouge, and request an appointment with one of our board-certified psychiatric physicians.