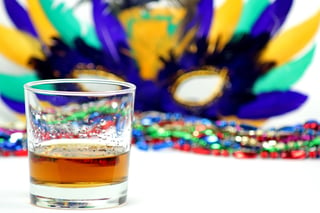 In the past decade, America’s love affair with alcohol has experienced a resurgence of sorts.  With the mainstream acceptance of a nightly glass of wine or two and the spike in hobbies such as craft beer brewing, it may seem that more and more of our peers are drinking (and drinking far more frequently) than ever before.  And, recent statistical research regarding alcohol consumption in America supports these sentiments.

From 2002 to 2013, it was observed that the number of American adults who drink alcohol increased from 65 to 73 percent.  While this may seem a small shift, breaking these numbers down highlights a growing issue.  Among this group, those who participate in “hazardous” drinking increased by 30 percent, while women and African-Americans, the two groups with the historically lowest rates of alcoholism, increased in prevalence of Alcohol Use Disorder (AUD) by 84 and 93 percent respectively.

While there is certainly an increasing national epidemic regarding alcohol consumption, the holiday season marks a particularly dangerous time when the rate of binge drinking soars.  And, while many may point to New Year’s Eve as the most drunken of holidays, surveys have shown that it actually falls behind Mardi Gras for the first place position.  For Louisianans, this can be a particularly dangerous time, considering the proximity of these two occasions on the calendar.

Is Binge Drinking the same as Alcoholism?

Binge drinking does not necessarily equate to alcoholism, although there is often a strong connection between the two.  For example, research indicates that only 1.3 percent of non-binge drinkers are dependent on alcohol, compared to 10.5 percent of those do who participate in binge drinking.  Binge drinking is also closely related to alcoholism in its tendency to increase the likelihood that the drinker will engage in risky sexual or physically dangerous behavior.

In short, those who binge drink are more closely connected to potential alcohol abuse than their counterparts and must carefully assess their behavior and drinking habits.   Is alcohol beginning to interfere with work or home life?  Do you find it difficult to stop drinking even in the face of negative consequences?  If so, a serious, problematic relationship with alcohol is at hand and should be swiftly addressed.

Only very recently has the public begun to better understand and accept the connection between alcoholism and certain mental health disorders.  As many as one-third of those with an alcohol dependence have also been found to also have a mood disorder such as major depressive disorder or bipolar disorder.  For these patients, successful treatment of alcoholism means identifying and treating the underlying mental health condition as well.

While programs such as Alcoholics Anonymous (AA) offer great resources in terms of group support and talk therapy, they cannot provide the medical care that many patients need.  For most, the ideal solution will consist of both group or peer support along with the benefits of psychiatric treatment such as evaluation and diagnosis of underlying disorders, prescription medication, and medical detoxification.

If you feel that alcohol consumption has become a problem in your own life, now is the time to seek help.  Contact our office to connect with one of our board-certified psychiatrists in Baton Rouge, and allow us to help you better understand your condition and conquer it once and for all.