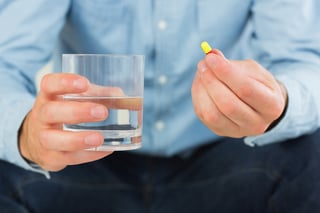 For those suffering from bipolar disorder, much of what they perceive about the world around them depends on whether they are in a manic or depressive phase or somewhere entirely in between.  Striking a balance between these two extremes and the problems that may arise from each makes living a seemingly normal life exceptionally challenging, particularly when the condition is not being effectively treated.  Fortunately, psychiatrists are more familiar with the condition and how to best treat it than ever before.  Today, those living with bipolar disorder are finding that the right doctor and the right treatment protocol allows them to live day-to-day lives that are largely untouched by the disease.

What are the Treatment Options for Bipolar Disorder?

The most appropriate method of treatment for bipolar disorder can vary from one patient to the next.  Some find medication alone to be enough while others find their best results when combining their prescriptions with psychotherapy.  Whatever the case, an effective drug regimen is a key component to keeping moods stable and balanced.  This could include one or more types of medications such as mood stabilizers, antidepressants, or antipsychotics.

For most patients, treatment for bipolar disorder will begin with a prescription for a mood stabilizing medication.  These include drugs such as lithium, Tegretol, and Depakote.  Any of these options may be used to help keep moods level and to prevent the development of manic highs and depressive lows.  However, this isn’t to say that changes in mood should cease entirely.  On the contrary.  When treated with the correct amount of the right medication, shifts in mood of an individual with bipolar disorder should be largely indistinguishable from those in others without the condition.

Antipsychotics for Treatment of Bipolar Disorder

While mood stabilizers alone may work quite well for some, others may need additional help if episodes of mania or depression continue despite treatment.  In these cases, a psychiatrist may prescribe an antipsychotic.  Likewise, they may be prescribed for those whose suffer from psychotic symptoms such as delusions or hallucinations during their most severe highs or lows or who also suffer from symptoms such as anxiety, agitation, or insomnia.  Among the most effective and commonly prescribed antipsychotics for bipolar disorder are Abilify, Zyprexa, Seroquel, and Risperdal.

Antidepressants for Treatment of Bipolar Disorder

Less common, although sometimes still useful, medications to treat bipolar disorder are antidepressants.  These medications prove effective in some patients for treatment of depression associated with their condition.  However, in others they may contribute to the start of manic episodes.  For this reason, these particular medications should only be used in bipolar patients when combined with the aforementioned mood stabilizers or antipsychotics.  For those who do find success by including an antidepressant as part of their treatment regimen, the effective medication may be a SSRI (selective serotonin reuptake inhibitor) such as Prozac or Zoloft, a SNRI (serotonin-norepinephrine reuptake inhibitor) such as Effexor, or even a novel antidepressant like Wellbutrin.

Living a full and productive life with bipolar disorder is not impossible.  Far from it.  All it takes is the right psychiatric physicianon your side to help you along your journey from finding the most effective treatment options to helping maintain desirable results.  While many patients take up to 10 years before arriving at the correct diagnosis, this doesn’t have to be the case.  If you are suffering from symptoms of bipolar disorder, contact Psychiatry Associates of Baton Rouge, and request an appointment to begin your journey to mental health and happiness today.