Mental Health and Addiction: How One Impacts the Other 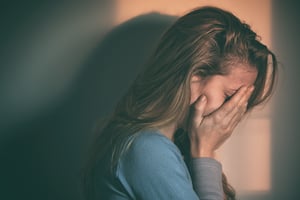 It is often observed that addiction is a great equalizer, impacting people of all ages, races, genders, and socioeconomic classes.  The factors influencing who suffers from addiction and why are expansive and not entirely understood.  While we know that nature and nurture both carry some degree of weight in the struggle of addiction, there is continuing research to better grasp how the cycle begins and how to best help patients overcome it.  What we do know for sure is that there are many connections between mental health and addiction, with each one having the capability to drastically influence the other.

Substance abuse and mental illness, unfortunately, go hand-in-hand for many.  In fact, it is estimated that just under 9 million people suffer from both.  Furthermore, suffering from a mental illness means a higher likelihood of drug use.  Over 25 percent of individuals with mental health concerns abuse substances, compared to about 13 percent of the general public.  Sadly, the majority of patients battling both mental illness and addiction do not receive they treatment they need for either disorder.

One of the reasons believed to be responsible for the high comorbidity between mental illness and addiction is the effort to self-medicate.  Symptoms such as depression, paranoia, and anxiety can be difficult for sufferers to cope with, particularly when their condition has been left undiagnosed and untreated.  In turn, they may turn to drugs or alcohol in a continuing effort to quell their symptoms and find relief.

Some drugs lead to changes in the brain which may contribute to the development of mental illness.  The changes these substances cause in the brain may be short-lived or permanent.  Among the drugs capable of producing such changes and triggering psychosis when abused are illicit substances such as cocaine and methamphetamine, as well as prescription medications such as Adderall.  Unfortunately, sufferers often find themselves in a cycle of using yet more substances to cope with the symptoms triggered by their initial abuse.

During the adolescent years, the brain is still forming, making it particularly susceptible to the ill-effects of drug abuse.  Both cognitive and social development within the brain can be hampered by heavy drug use during this time and can leave users vulnerable to potential mental illness in the future.  Likewise, teens and adolescents who already suffer from mental health conditions are more likely than their counterparts to abuse drugs and alcohol.  In fact, it is estimated that over 60 percent of teens who abuse substances also suffer from some form of mental illness.

The relationship between mental health and addiction is a complicated, multifaceted matter.  While we may not understand all of the components, we do know that mental illness and drug use often go hand-in-hand and that having one makes you more likely to have the other.  The most important step that loved ones can take is to be involved and aware, looking out for the signs of a problem.  Too often, mental health conditions go undiagnosed and only serve to compound the problem.  If you believe that you or someone you care about may be suffering from mental illness, understand that the appropriate help can make a drastic, positive impact, and contact Psychiatry Associates of Baton Rouge to learn more about how we can help.