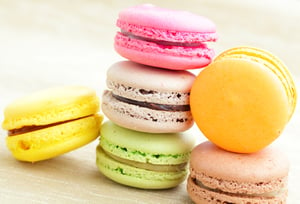 Based on the representations presented in movies and television, it would seem safe to assume that eating disorders nearly always come in the form of anorexia or bulimia.  Undeniably, these are awful diseases with which to contend, wreaking both emotional and physical havoc on their sufferers.  However, you may be surprised to learn that neither of these represent the most common eating disorder in America.  That distinction goes to binge eating disorder (BED).

What is Binge Eating Disorder?

Everyone is guilty of overindulging in food from time to time, but for those with BED, the amount and frequency with which food is consumed presents a danger to their physical health and mental wellbeing.  Also known as compulsive overeating, BED is characterized by the binging that many are familiar with in bulimia but without the purging.  Other signs and symptoms include:

Who Suffers from Binge Eating Disorder?

Despite the feelings of shame that most BED sufferers have surrounding their condition, they are far from alone.  BED is estimated to affect as many as 4 million Americans, mostly women.  It is also understood that BED is likely to appear along with mood or anxiety disorders in over half of all patients, and it accompanies abuse of substances such as alcohol in roughly 1 out of every 10 patients.

How can Binge Eating Disorder be Treated?

There are two primary methods by which BED may be successfully managed, with the best results often coming from a combination of the two.  First, patients can begin to understand the cause of their BED and address the underlying behaviors that influence it through psychotherapy or cognitive behavioral therapy.  Additionally, certain medications have recently proved to be quite effective in the management of BED. In 2015, the FDA approved Vyvanse, a prescription stimulant typically used for ADHD, for the treatment of binge eating disorder.  Clinical studies support the use, showing that most patients using Vyvanse reduced their number of weekly binge days by more than three.

If you feel that your eating has gotten out of control and find yourself secretly binging or suffering from feelings of shame or embarrassment surrounding your eating habits, understand that what you are going through is a common disorder.  More importantly, it is treatable with the right physician and therapies.  To learn more about how you can successfully treat your own BED, contact Psychiatry Associates of Baton Rouge and request an appointment with one of our board-certified psychiatrists.