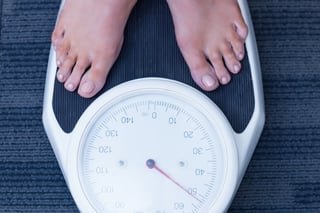 What are Eating Disorders?

Eating disorders affect millions of people, most commonly women, and can drastically impact eating patterns, body image, and overall wellbeing. The various forms of eating disorders are hallmarked by feelings of nervousness and anxiety centered around the consumption of food.  Some common disorders include:

Anorexia Nervosa- Anorexia nervosa is best described as the refusal to eat adequate amounts of food and difficulty maintaining the minimum, healthy BMI.  These patients also suffer from a distorted view of their body, perceiving themselves to appear overweight even when they may be drastically underweight.

Bulimia- Bulimia is characterized by binge eating large quantities of food over a short period and then purging through means such as vomiting or the use of laxatives.  Sufferers tend to hide these behaviors from others, often allowing the problem to go unnoticed for long periods of time.

Binge-eating- Also known as compulsive overeating , binge-eaters regularly consume large quantities of food in a brief period of time.  Unlike bulimia, however, binge-eating is not followed by episodes of purging and often leads sufferers to gain excessive amounts of weight.

Each type of eating disorder has side effects that can affect patients both psychologically and physically, and treating these conditions will often require the care of both medical and psychiatric physicians.

Eating disorders can often be successfully treated with medication, therapy, or a combination of the two.  Contact Psychiatry Associates of Baton Rouge to request an appointment and learn more about these conditions and available treatment options.