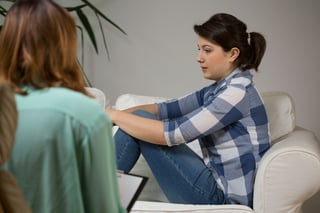 What is Obsessive-Compulsive Disorder (OCD)?

OCD is characterized by the presence of frequently, intrusive and often disturbing thoughts and the need to complete compulsive, repetitive behaviors as a response to these thoughts. Such behaviors can include washing hands, counting steps, obsessive cleaning, or locking and unlocking doors among countless others.  Patients do not gain pleasure from their compulsive behaviors, and any relief they do receive is short-lived.

About 2.2 million American adults suffer from OCD with the condition often first appearing during the teenage years.  While, most people have compulsions and unwanted thoughts to some degree, those with OCD spend more than one hour per day handling or following their compulsive rituals.  These acts and the thoughts that accompany them can impede on all aspects of their lives and cause extreme amounts of stress or despair.

Successful treatment of OCD most often includes a combination of prescription medication and behavioral therapy.

Obsessive-Compulsive Disorder can often be successfully treated with medication, therapy, or a combination of the two.  Contact Psychiatry Associates of Baton Rouge to request an appointment and learn more about these conditions and available treatment options.