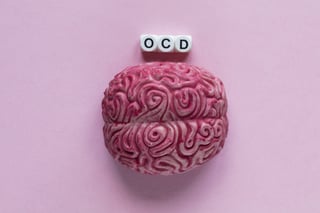 What is Obsessive-Compulsive Disorder?

Obsessive-compulsive disorder is a condition that is identified by obsessions, which are unwanted thoughts and fears, that may compel you to perform ritualistic or repetitive behaviors known as compulsions. Ignoring, or attempting to avoid your obsessions can commonly increase anxiety. This high anxiety can drive you to perform compulsive acts in an effort to relieve the corresponding stress.

What are Obsessive Symptoms?

Obsessions are persistent, repetitive, and unwanted thoughts that are disruptive and create stress and anxiety. These obsessions typically occur when you are trying to focus on, or perform other tasks. It is common for obsessions to have themes. Typical themes are:

Symptoms and signs of these obsessive thoughts include:

What are Compulsive Symptoms?

Compulsions are repeated behaviors that you feel compelled to perform. The purpose of these actions is to relieve the stress created by your obsessions. They may also be performed to convince yourself that they are preventing something bad from happening. These behaviors provide very little pleasure, and only temporary stress relief. These rituals may have certain rules that you feel you need to follow in order to eliminate your obsessive thoughts, however, compulsions are often excessive and completely unrelated to the problem they are designed to fix. Similar to obsessions, compulsions typically have themes.

Symptoms and signs of these compulsive behaviors include:

OCD typically occurs in the teenage and young adult years. While the symptoms may appear mild at first, they can vary in severity throughout life. OCD is typically thought to be caused by a few different factors.

Are There Any Risk Factors for the Development of OCD?

There are several factors that can increase your risk of developing obsessive-compulsive disorder.

What Complications can Occur from OCD?

As with any mental disorder or condition, complications can arise that dramatically impact your life. Problems that can occur as a result of obsessive-compulsive disorder include:

How can OCD be Treated?

OCD can be managed and treated with cognitive-behavioral therapy. This type of therapy uses two scientifically based techniques to change the way a person thinks and behaves; exposure and response prevention (ERP) and cognitive therapy. During exposure therapy you begin by describing all of your obsessions and compulsions. Next you will be exposed to a fear and then wait to respond with your correspond compulsion. If you aren’t quite ready for that, imaginal exposure may be a better option. This type of therapy uses visualization to create a scenario that triggers your obsession. Habit reversal training includes awareness training, introduction of competing responses, positive reinforcement, social support and relaxation techniques. Finally, cognitive therapy will help you to recognize the messages that your brain is sending in order to control your obsessions and compulsions. Medications have been shown to enhance the effectiveness of cognitive behavioral therapies.