Treatment of Schizophrenia in Baton Rouge 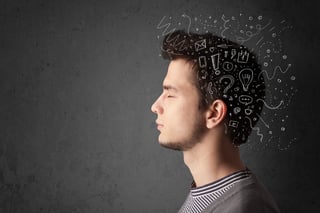 Schizophrenia is a chronic and severe form of mental illness that affects the lives of about 1% of the population. Those with schizophrenia often have delusions, hear voices, experience hallucinations, or have unusual suspicions concerning the behavior of others around them.

Because patients with schizophrenia are often unable to lead normal day-to-day lives including self-care and holding down a job, their families may be largely impacted as well.  However, while there is a cultural perception of people with schizophrenia as violent or aggressive, the vast majority of these patients pose only a threat to themselves.

Schizophrenia is most often diagnosed between the ages of 16 and 30 and is rarely found earlier or later than this.  It has a strong genetic component, and individuals with a first-degree relative diagnosed with the disease are at a far higher risk than the general population.

Additionally, research has shown that chemical imbalances in the brain and teen drug use may also contribute to schizophrenia.

Fortunately, treatment of schizophrenia has improved significantly over the years as research on how the disease affects the brain has increased.  Anti-psychotics, in particular, can have a drastic, positive impact on the disorder.  Contact Psychiatry Associates of Baton Rouge to request an appointment and learn more about the condition and available treatment options.